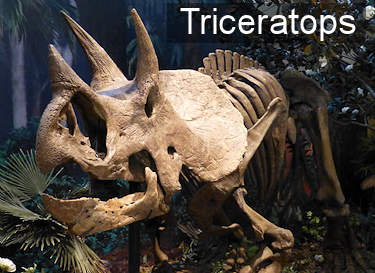 Triceratops
Your Guide to Triceratops, the main food source of T. rex! 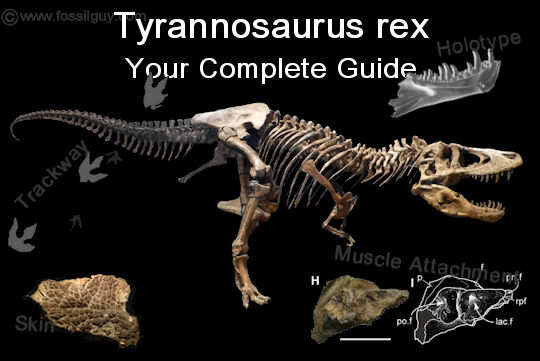 Your complete guide to one of the most fearsome animals of all time! 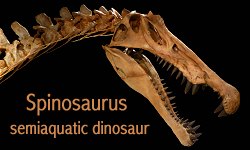 The Largest Theropod to ever exist! It's also the First Semi Aquatic Dinosaur! 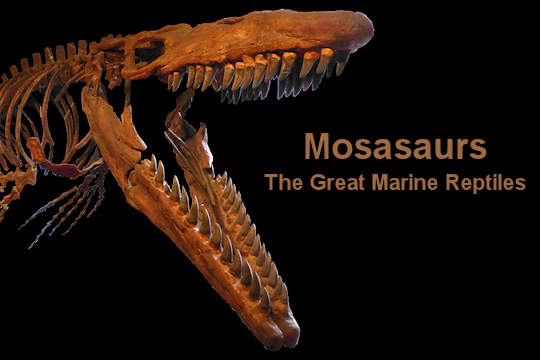 Mosasaurs
During the Cretaceous, T. Rex may have ruled the land, but Mosasaurs clearly ruled the seas!

View of the Badlands of Montana


Article posted in Vol. 11, No. 1, the Winter 2001/2002 edition of the Rostrum published by the Maryland Geological Society
By Paul R. Murdoch Jr.

Prologue: We arrived in the badlands of Baker, MT on Sunday, July 1, 2001. We meet with our guide, Bob, that evening who explained that we could either spend a day exploring or we could try a site he recently found that he believed to be Triceratops. We had 3 days scheduled with him so we decided to spend a morning scouring the area before digging. We arranged to do the digs from 8:00 AM until 3:00 or so with the guide providing the lunch.

View of the Badlands from the Dinosaur Excavation tent.

Bob meet us at our motel and we followed him to the site, which was less than 20 miles from town and located on ranch land of one of his acquaintances. Once we got there however my wife felt sick and returned to the motel to lie down for a while. Bob and I scoured a small section finding numerous bones and turtle shell fragments, and a hadrosaur tail vertebra. One trail of bone fragments led up a butte to the source, an exposed piece of rib. The surrounding material was very hard and after spending several minutes on it we decided to instead try the triceratops site where the digging was easier. The site was found in the same manner as this rib. Bob had walked the area a few weeks earlier and after noticing bone pieces in the gully at the bottom of the butte, scoured upward and located the source at the very top. He exposed several bone fragments that were haphazardly jumbled before we arrived. We continued digging until 11:00 and went back to get my wife. 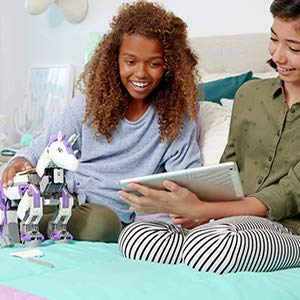 She was feeling better and so we decided to keep digging till 3:00. The rest of the day we continued to find broken sections of ribs and one vertebra with the processes missing. The digging was easier than at the other site I had found earlier, consisting of mostly clay around the bones and a mixture of dirt and gravel sand for the first 2-3 feet down. On the way back to the truck we noticed several large pieces of fossilized wood in a gully that I could not resist. The largest was over 2 feet long and 10 inches thick. It was a long and heavy .4 mile walk back to the truck carrying that but well worth it!!!

Excavating a Triceratops Rib and Vertebra.

On the way in this morning we stumbled across another exposed Triceratops. What was exposed was encased in rock and very badly weathered. There was however a broken brow horn scattered in pieces on the surface which we were able to glue back together on the spot, part of which was down a prairie dog hole!!!. It's just under 1 foot long and missing the tip but it was a breath-taking find. Very exciting!! We continued to dig on the site, but first erected a tarp over head to keep us out of the heat of the day. The weather as fine, mostly sunny, partly cloudy and the ranchers horse and cattle continued to announce their presence sporadically. We expanded the site beyond it's original 3ft wide, 3 feet deep and 3 feet back to over 10 feet wide, 4 feet deep and 5 feet back. Couldn't go a foot from an exposed bone without coming across another new piece. The skeleton was not articulated, but seemed to have been scattered in a streambed soon after death. We ended up uncovering 4 more vertebra, 3 with processes and two were in great shape and just immense!! Bob was very impressed with their size and gave us the choice of which of the large, nearly complete ones we could take. The other would be going to the local museum. He kept saying over and over that they do not get this large... The one I selected has a centrum of over 8.5 inches in diameter and 7 inches thick! It's central process is almost 6 inches in diameter with attachments coming off of it of nearly 5 inches in length. It's huge!!! With the next day being the fourth we decided to make it a short day (1:00) but with an earlier start (7:00) and pack up and get an early start on our return leg home. When we returned to town that evening and had dinner we were told that a tornado had missed us by less than 40 miles. We never would've known....

This morning started as the most frustrating. The bone layer was continuing back into the butte, which was now requiring more, and more effort and substantial overburden removal to expose new finds. After almost 1.5 hours of nothing new we came across 3 "ribs". After working on them one turned out to be the ilium. It was mostly complete and, again, larger than any Bob had seen. Now time was against us. We decided to expose as much of it as safely as possible and Bob would extract it later. My wife continued to work on the other 2 "ribs" for the remainder of the day while Bob and I scouted the area in our last 2 hours, but had little additional luck. The one "rib" continued to get larger but angled further back into the butte and had to be left. Bob promised to send it to us when he extracted it. We packed up and on a whim I decided to wrap and take several pieces of broken rib home as practice work before cleaning the better finds and as gift pieces for nieces and nephews. On the way out that day we stopped at a hadrosaur site that he had worked on previously and extracted a remaining jugal bone. In all, the area he took us to was loaded. Including the site we worked on, there have been 4 triceratops and 2 hadrosaurs located within a 1/2 mile from the site.

The Triceratops Vertebra, Ribs, and Horn (in the back), after being prepped and pieced back together

It was an awesome trip. 2 years in planning, canceled once due to my father-in-law's death, but I definitely feel that he and his previous deceased wife, (both whom also were avid fossil hunters) were with us. Our total haul was 3 mostly complete ribs, 4 vertebra - 3 with processes, a horn, over 100 pounds of fossilized wood and a triceratops tooth that Bob gave us from his collection. The weather was great, the people friendly, and all of the parks; Glacier, Yellowstone, Badlands and Grand Tetons were breathtaking. Definitely a must see!!!

Picture of the Triceratops Dinosaur Rib with Bite Marks.

After returning hope I received the following email from our guide:

By the way, the big rib turned out to be an ischium, got both the ischium and pubis out and found the sacrum, its huge and both ilium are attached, one is in perfect condition, 56 inches long and 16 inches wide! Haven't got them out yet, once I do, then I'll go back into the bank and see what else is there, its turning into an exciting site. Thanks and hope to see u again. When done with the site I'll let u know what all was there and send some stuff your way. Take care, Bob

Also while cleaning some rib fragments I noticed some post mortem bite marks. I was ecstatic!!! However, this was surpassed soon by discovering a bone growth in a section from an old injury. Upon closer inspection, I noticed what appears to be a tooth tip embedded in the rib!!! I will have to have it looked at by an expert soon but feel 99% sure that I'm correct. I still have a bunch to go through so I'm hopeful for other good finds. The big vertebra turned out to actually be two fused together but in good shape. Not as awesome a site as one massive bone, but a very nice display piece.

The site continues to expand and Bob is keeping me updated. Wish I could've stayed out there to help see it through. Can't wait for a return trip and what a great year!!!!

Another image of the Triceratops Excavation

The Badlands of Montana